Past severe acute respiratory syndrome coronavirus 2 (SARS-CoV-2) infection is an important determinant of protection from reinfection and of postvaccine immune responses. Herein, we conducted a follow-up analysis of health care workers previously infected with coronavirus disease 2019 (COVID-19) with the aim of evaluating different immunoassays for their capability in detecting the waning anti-SARS-CoV-2 immune responses and accuracy in documenting past SARS-CoV-2 infections. We evaluated serum antinucleocapsid antibody levels in convalescent individuals following a 1.5-year interval from SARS-CoV-2 infection. Three different commercial immunoassays that qualitatively measure serum antibodies targeting the SARS-CoV-2 nucleocapsid protein, namely, the Abbott Architect SARS-CoV-2 IgG, the Euroimmun anti-SARS-CoV-2 NCP enzyme-linked immunosorbent assay (ELISA) IgG, and the Roche Elecsys anti-SARS-CoV-2, were tested for comparison of detectability. A total of 38 individuals consented to participating in this follow-up analysis. From assay to assay, seropositivity rate at 18 months from infection varied from lowest at 42% to highest at 92%. The Roche Elecsys immunoassay, dependent on the dual-antigen antibody detection method and tuned for the detection of high avidity antibodies, was most capable of accurately documenting past SARS-CoV-2 infections. Different immunoassays showed variable capability of determining previous infection status under waning antibody concentrations. Immunoassays with lower detection limits are to be selected, and adjusted thresholds are to be considered in order to maximize the tests’ performance.
IMPORTANCE Past SARS-CoV-2 infection is an important determinant of protection from reinfection and of postvaccine immune responses. Our results show that different immunoassays, by design, harbor variable capability of tracking SARS-CoV-2 infection under waning antibody concentrations. With each recovered patient standing at a unique time point along the decline curve of antibodies, precise estimation of COVID-19 cumulative incidence remains a challenge. Since future surveillance studies will be targeting more than ever heterogenous cohorts, selecting the appropriate immunoassay is crucial in order to assure reliable decisions about an individual’s previous infection status.

We are grateful to all participants of the study. We thank Sachie Nakagama from the Department of Parasitology, Graduate School of Medicine, Osaka City University for technical assistance in measuring antibodies.
This research was supported by Japan Agency for Medical Research and Development (JP20jk0110021, JP20he1122001, and JP20wm0125003), Osaka City University Strategic Research Grant (OCU-SRG2021_YR09), and the Osaka City University Special Reserves Fund for COVID-19.
Yu Nakagama and Yasutoshi Kido receive financial support from Abbott Japan LLC, Japan, outside of this work. 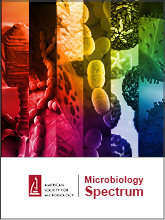 © 2022 Nakagama et al. This is an open-access article distributed under the terms of the Creative Commons Attribution 4.0 International license.