Wild animals foraging in the human-influenced environment are colonized by bacteria with clinically important antibiotic resistance. The occurrence of such bacteria in wildlife is influenced by various biological, ecological, and geographical factors which have not yet been fully understood. More research focusing on the human-animal-environmental interface and using novel approaches is required to understand the role of wild animals in the transmission of antibiotic resistance and to assess potential risks for the public health.

M.D. has received funding from Czech Health Research Council (NV18-09-00605) and the Czech Ministry of Education, Youth and Sports within the National Program for Sustainability II (LQ1601) to conduct research on wildlife and risks for the public health. Information presented and discussed in this commentary was partially obtained during the work within the consortium “Wildlife, agriculture soils, wastewater environments, and antimicrobial resistance—what is known, needed, and feasible for global environmental surveillance (WAWES)” supported by the Joint Program Initiative on Antimicrobial Resistance and funded by the Swedish Research Council (VR) grant VR-2018-06325.
We thank Ivana Jamborova and Martin Plasil (CEITEC VFU, University of Veterinary and Pharmaceutical Sciences Brno) for critical reading of the manuscript. 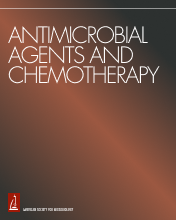